The semester has got off to a successful start at FHNW University of Applied Sciences and Arts Northwestern Switzerland’s new Campus Muttenz. With 4,000 students and 800 employees, the campus comprises five schools. 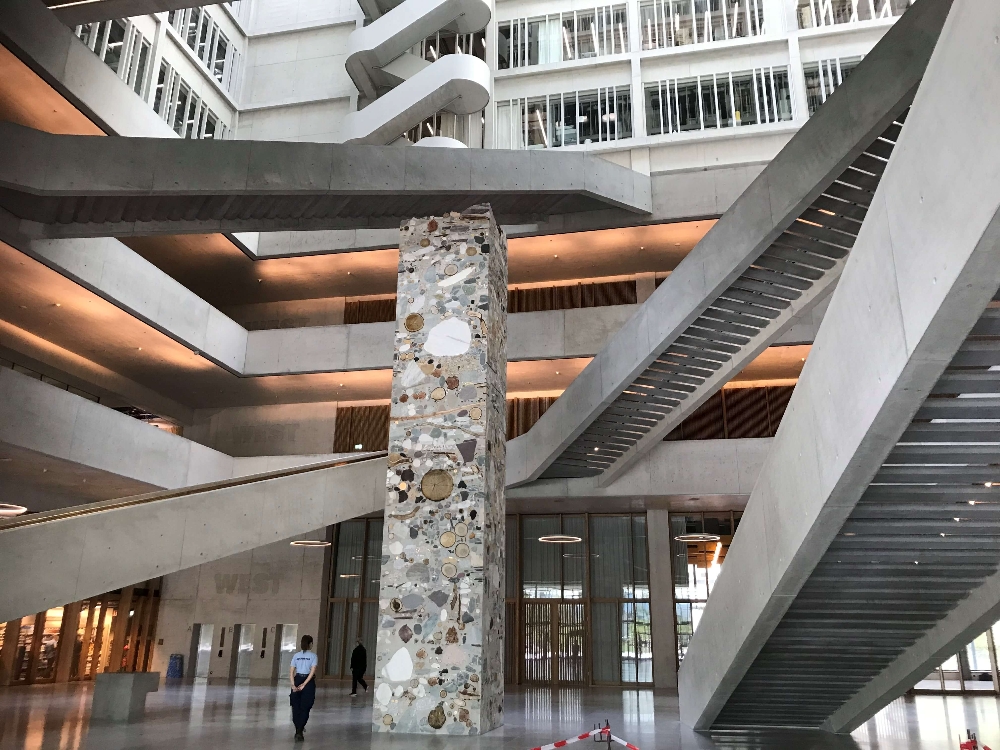 This week saw the opening of Campus Muttenz, giving the FHNW University of Applied Sciences and Arts Northwestern Switzerland one campus in each of its four supporting cantons.

The new campus comprises five school: the School of Life Sciences, the School of Architecture, Civil Engineering and Geomatics, the School of Social Work, the Pedagogical School and the trinational mechatronics programme at the School of Technology. It employs around 800 staff and has some 4,000 students, according to a press release.    ​​​​

Following four years of construction and investment of around 302 million Swiss francs, the campus at Polyfeld in Muttenz has got off to a good start. With no capacity issues reported by the SBB or the regional transport authorities, the staggered start of classes proved successful.

Muttenz is FHNW’s first campus in the Basel area. The canton has the relatively largest proportion of students, at around 29 per cent, followed by the canton of Solothurn with 28 per cent, the canton of Aargau with 24 per cent and the canton of Basel-Stadt with 19 per cent. The FHNW comprises nine schools in total.