"I am amazed by the level of innovation in the Jura"

The Switzerland Innovation Park Basel Area already has two sites, in Allschwil and Basel, and will soon add a third in the Jura. It will be located on the Innodel campus in the municipality of Courroux, between Delémont and Courrendlin. Work is ongoing at the Jura site, which is set to officially open on 25 October. 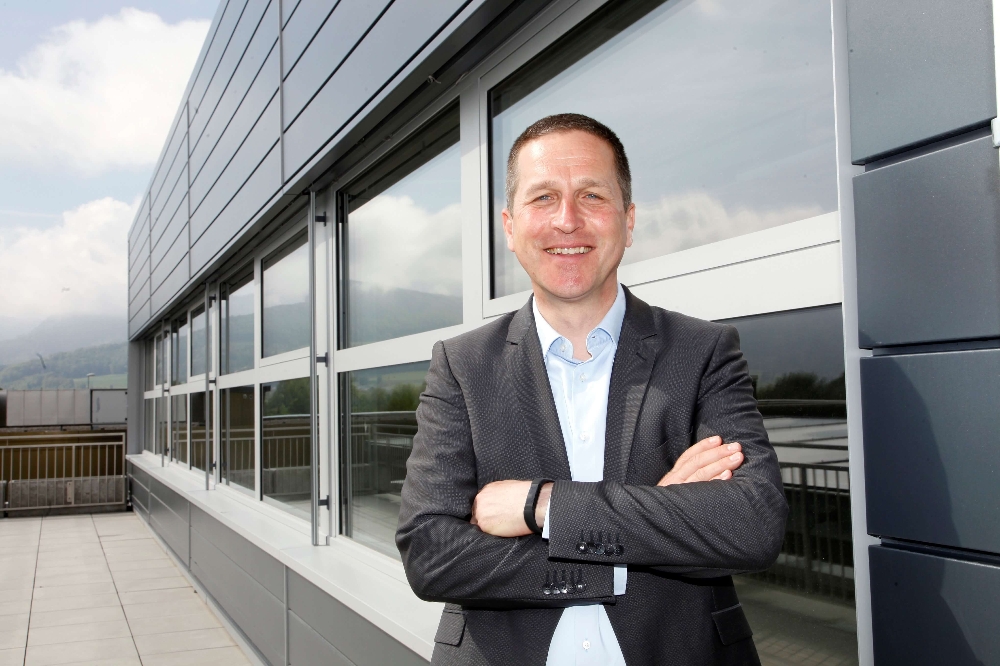 This will be the culmination of a huge amount of work by various regional stakeholders as part of an ambitious federal project. The aim is to boost research and development in the region in particular and in Switzerland in general, as Frank Kumli, Head of Innovation & Entrepreneurship at BaselArea.swiss says in the interview with “Le Quotidien Jurassien“.

Frank Kumli: It’s a step forward for regional innovation. Like the others, the park will be dedicated to accelerating innovation. The Jura will finally be able to participate in the innovation park. It’s very important to us for the Jura to be able to join us and for us to be able to draw on the region’s skills and knowhow, while at the same time supporting local economic development and innovation. For us at Switzerland Innovation Park Basel Area, it’s a unique opportunity to lead and support this Jura site.

What are your expectations for the Switzerland Innovation Park in the Jura?

Naturally, we hope it will be a vibrant site, where lots of things happen, where people come together to develop new ideas, discuss ideas and launch innovative projects. It should be an interface between the three cantons of Basel-Stadt, Basel-Landschaft and Jura in the field of innovation.

How many workstations will there be on this site?

Has there been any interest yet?

We are working closely with the Jura Chamber of Commerce and Industry, and its director, Pierre-Alain Berret, to promote the innovation park to heads of local SMEs. Several are interested in participating. Local and French start-ups have also expressed interest in setting up at the site.

And what about educational establishments?

On the academic side of things, we have also received interest from the Swiss Center for Electronics and Microtechnology (CSEM), which will have a presence on the site. We have also had discussions with Haute Ecole Arc (HE-Arc) locally to see how we can represent them on the site. We’re in the process of signing some contracts. The aim is to have a mix of start-ups, some academic projects and, above all, lots of business projects.

What areas will the Switzerland Innovation Park Basel Area in the Jura be active in?

We will have projects in two areas: healthcare and business agility. We’re not going to reinvent watchmaking. Instead, we’ll see how local businesses can be transformed, how they can become more agile in responding to the challenges of a changing world. For healthcare, we’re working closely with the Jura Hospital and its director Thierry Charmillot, as well as the head of the Jura’s Public Health Service, Nicolas Pétremand.

What exactly are you going to do in the field of health?

A consultation exercise is underway with Professor Hans-Florian Zeilhofer of Basel University Hospital. We have several projects planned with him. Professor Zeilhofer specialises in robotics and automation in surgery. He is convinced that there is a great deal of know-how in the Jura that can be put to use in this field. He is already cooperating on projects in the Jura, specifically in the field of 3D printing. With home automation, the idea is to make the home environment safe so that patients can be discharged from hospital more quickly, while also delaying their move to care homes, therefore maximising their time in their own home.

How long do you think it will take to hit your stride?

We’re relatively optimistic, given the help that we are receiving from the Chamber of Commerce, the Jura Hospital, the Public Health Service and universities. I think that we should hit our stride in about a year’s time, not in terms of jobs total but in terms of having a vibrant site with lots of innovative ideas. We’ve had lots of help locally to help find the right projects quickly.

What will be developed as part of industry 4.0?

For us, industry 4.0 is, of course, about production technologies. We’re going to focus on agility, with an emphasis on the human aspect, teams, business models and, in the background, the technologies necessary for transformation and production. It’s about giving SMEs more agility so they can more easily respond to changing demand in terms of the number and type of parts ordered. To do so, you need teams that are much more responsive. We talked about this with the heads of the Chamber of Commerce CCIJ, including the new president Georges Humard. They confirmed that the areas they are interested in are design thinking, agility and lean processes. There will be many seminars, courses, awareness raising events and support.

When it comes to healthcare, what are we talking about exactly?

We have developed three areas through numerous meetings with Professor Zeilhofer, the Jura Hospital and the Chamber of Commerce. The first area will be pure medical technology, with implants and 3D printing, specialisms very close to the Jura’s know-how. This will be the biggest focus. The second will be what they call health-tech, which involves connectivity and digital health. Jura Hospital and the Public Health Service believe that there’s much to do in the canton. The third area is the health system. Both the Health and Economy Minister, Jacques Gerber, and Nicolas Pétremand are convinced that the Jura’s relatively small health system means it can experiment and innovate much more quickly than in other cantons.

We are working to release funds at cantonal level as well as supporting businesses in securing funding at federal level. We have promised to provide them with people who can navigate the bureaucracy of innovation funds, so they can access this funding faster.

Here, discretion is above anything else. The Jura entrepreneur does everything himself. As a result, there’s little visibility of the skills that Jura businesses have. When we speak to businesses from the biomedical engineering group at Allschwil, they often ask us to help them find the right skills in the Jura for their projects. People know that there is a lot of know-how in the Jura, but they don’t know how to access it. This suggests businesses must do more to make their skills known. With the Chamber of Commerce, we’re going to link up with Basel-Stadt and Basel-Landschaft. An informal group that includes businesspeople, the Jura Hospital and universities will support the innovation park.

Is there a lack of access to a community and network of innovators and experts for research and development in the canton of Jura?

Yes. There is a real appetite for working with the University of Basel, the FHNW School of Engineering and HE Arc at Neuchâtel on the technology side of things. I think that we will be able to create links between Jura entrepreneurs and universities. The clients of Jura entrepreneurs also want these entrepreneurs to collaborate with the universities, we’ve been told. There is a lot more innovation than people think. Every time I visit a Jura business, I am amazed by the level of innovation. I think it’s great to see that, when you talk to Jura businesspeople, they have lots of pragmatism for moving forward.