MyCamper is a European growth champion

The Financial Times has included the Basel-based firm MyCamper in its list of the 1,000 fastest-growing startups in Europe. MyCamper acts as a broker for owners of motorhomes and campervans seeking to rent out their vehicles to tourists and vacationers. The company took 53rd place in the rankings. 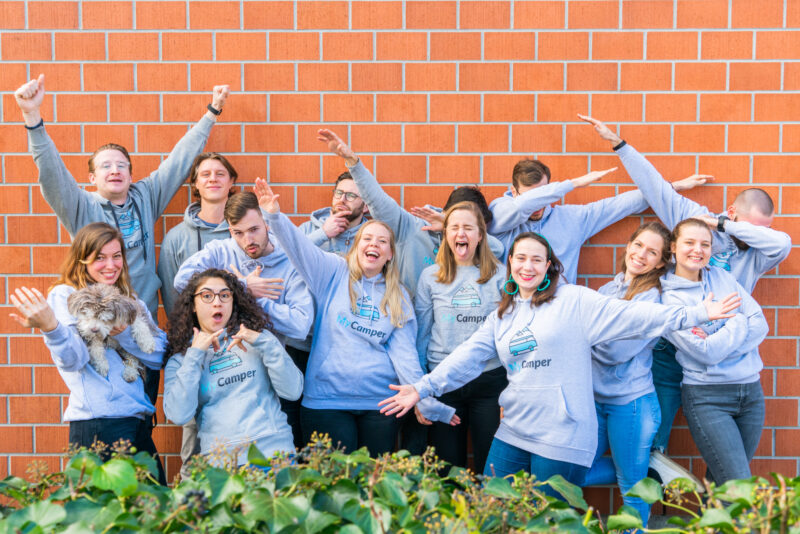 The team of MyCamper is happy about the success (img: MyCamper)

In March, the Financial Times once again published its list of the 1,000 fastest-growing startups in Europe. MyCamper was the sole Swiss startup to make the top 100, taking 53rd place in the process.

MyCamper brings together owners of motorhomes and campervans with vacationers. The startup organizes vehicle rentals and takes care of insurance documentation and cleaning.

In order to be included in the Financial Times list, companies have to have recorded at least 35.5 percent growth in yearly sales between 2016 and 2019. For MyCamper, the annual growth rate was even as high as 171.5 percent, according to information from the newspaper. In 2019, the Basel-based company generated sales of approximately 3.06 million euros.

MyCamper was founded in 2015 and now employees a total of 17 full-time staff at its headquarters in Basel. In addition, there are two employees based in Stockholm, Sweden, and six who work out of Bosnia-Herzegovina.

For the company, the news that it had made the Financial Times rankings was “an emotional mega-booster, above all in terms of internal motivation”, explains MyCamper CEO Michele Matt in an interview with the newspaper “Handelszeitung”. He also commented that while his company experience a more restrained start to the new year, since February “the bookings have been coming in thick and fast!”. Camping has enjoyed a surge of popularity during the pandemic.

Alongside MyCamper, five other Swiss startups made the list of the best 1,000 firms. These are Frontify from St.Gallen (162nd place), eSMART Technologies based in Renens in the canton of Vaud (247th place), Catalyx (643rd place) and lemonads (989th place) – both from Geneva – in addition to the Aizo Group based in Schlieren in the canton of Zurich (991st place).