«I don’t have any lessons to impart, just the opportunity to share my experience.» It was with these words that Pascal Bourquard introduced his speech at the event entitled «Out-of-the-box with Pascal Bourquard – insights about entrepreneurship». 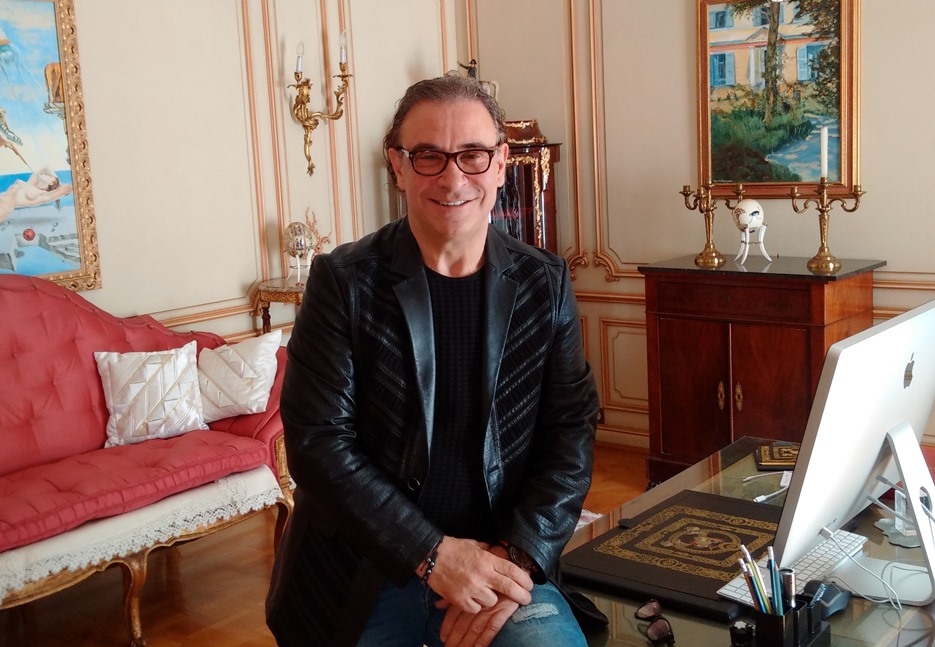 The event was put together by i-net innovation networks and took place on 18.02.2015 in Delémont in the Swiss canton of Jura. The self-made entrepreneur shared his experiences with an audience of about 50 experienced and budding entrepreneurs. Promotion of these kinds of gatherings is the essence of the Innovation Network and i-net itself.

Family saga
Pascal Bourquard’s story began at age 18. He and his three siblings found themselves sitting next to each other on the family sofa one day. Their father had called them together in order to explain to them, in very indirect words, that it was time to pass on the family torch and that he was relying on them.

Forty years later, Pascal Bourquard has clearly met the expectations of his demanding father, though he did not attend one of the «grandes écoles». Today, the Jura boss and his family own a dozen companies, including big names such as Biwi, Pibor, Locatis, Tellis, etc. And for the record, the Bourquard family has just sold its majority stake in Trüb, the Aargau-based company recently acquired by the Dutch company Gemalto. With Biwi and Trüb, the family business revolutionised the manufacture of identity cards and secure bankcards.

Education
Paternal values are the basis on which Bourquard built his foundation. «Without roots, we cannot develop,» the entrepreneur immediately points out. According to Bourquard, education is the most valuable prerequisite to becoming a successful entrepreneur. «I took inspiration from my family. And I have followed this route all my life,» he says. Bourquard strives to convey a set of values that he considers key: generosity, openness, transparency, authenticity, uniqueness and a competitive spirit.

Framework conditions
Framework conditions are another criteria essential to the development of a business. Above all, they must benefit the working world and not one of speculation, Bourquard emphasises, alluding to banks that are sometimes too reticent to back up investments. Banks need to put their money where it is needed; that is, in supporting businesses. Is the risk really much higher than banking on speculation?

Self-knowledge
«The biggest fight of my life was to accept and understand myself. My ‹coming-out› happened at the age of 40,» chuckles Bourquard. He places self-knowledge among the qualities necessary in the development of entrepreneurial skills.
«I’m excessive, but I’ve accepted myself,» continues the entrepreneur. He does not believe in shared management, but rather the concept of «one man, one leader». He wants to be humble, but recognises the importance of talent. «I fundamentally believe in talent. It’s not schools that make the best bosses.»
Seventy percent of people die without having found their talent. Not him.

Innovation
Innovation is inherent in entrepreneurship. «It must be a breakthrough innovation. And the innovation must be of significance,» insists Bourquard. Traditional ways of thinking must be shaken up. «Being the boss entails non-stop rebuilding. Especially nowadays where product life cycles are becoming increasingly shorter – it’s currently down to about 16 months.»
The man does not hide his flaws or his inconsistencies. An example? Believing in the human spirit, but at the same time being sometimes pessimistic about the future.

Personal experience
Personal experience is often an important factor when it comes to creating an innovative, commercially successful product. Bourquard’s entrepreneurial intuition does not fail him here. «One day I ran into the postman who had a bandage on his hand. I asked him what happened. He said a dog bit him while he was checking if its identification tags were valid. Two hours later, I decided to produce plastic dog tags in different colours. Approximately 600,000 pieces have been sold to date.»
Another example of his boldness was when his old paper passport expired. It had to be replaced and he told himself that there must be a better way to make them so that they would nicely slip into a wallet. And that’s how he ended up becoming the world leader in the manufacture of secure identity cards… and then bank cards and other cards.
It was not that he had only success – far from it. Bad timing can result in the loss of an innovative idea. But even the bad experiences should be a source from which to learn.

Bourquard claimed at the opening of his speech that he has no lessons to teach. Newly retired, he announced that he is going to resume his studies: «I have new plans; I’m going back to school.»