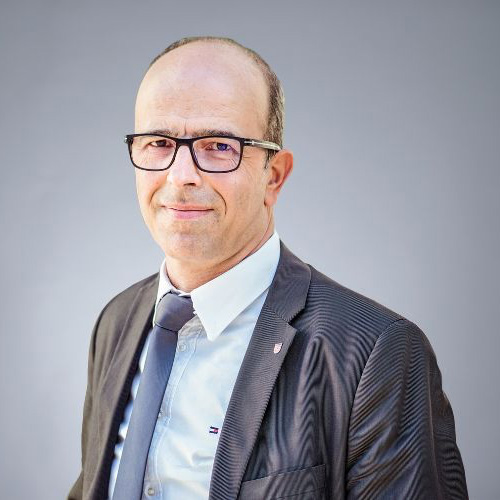 Pierre-Alain Berret (*1968) has been a member of the management board of BaselArea.swiss since 2019.

Since 1 December 2018, he has been in charge of the CCIJ Chambre de commerce et d’industrie du Jura (Jura Chamber of Commerce and Industry) in Delémont. Previously, he held various management positions within the Federation of the Swiss watch industry and the Republic and Canton of Jura, where he acted as government spokesman for 15 years. He is a member of the board of directors of the Collège et Lycée St-Charles, a private school with an international orientation, in Porrentruy. He was also mayor of his municipality.

Pierre-Alain Berret studied Economic and Social Sciences at the University of Fribourg and holds a degree in Journalism.